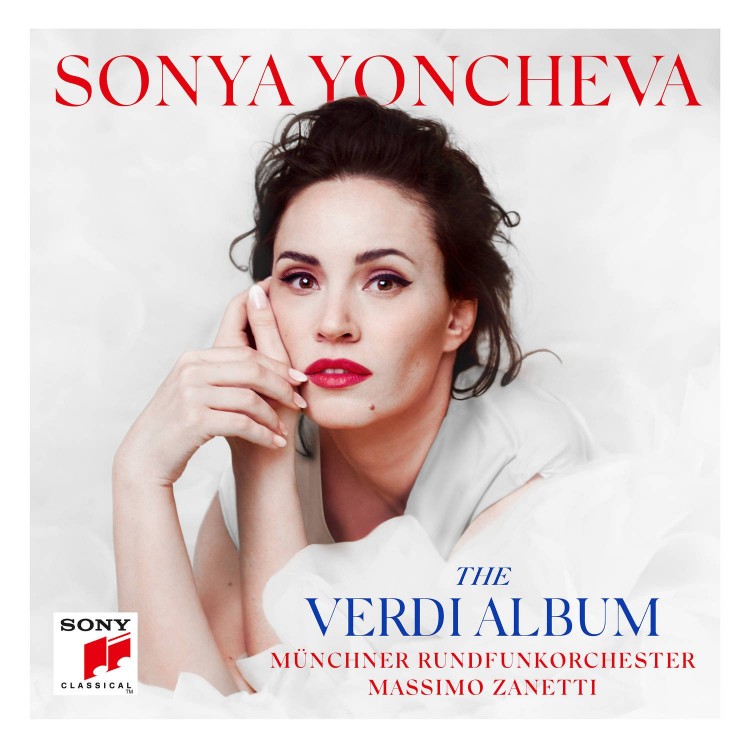 
For her third solo album for Sony Classical, the Operalia-winning soprano, Yoncheva turns her attention to the work of a composer for whom many feel she has always had a special affinity: Giuseppe Verdi. The music of Verdi forms the lodestone of most dramatic-lyric sopranos, and Yoncheva includes arias from some of the composer’s rarely-performed operas in addition to some of the most beloved ones. From the early operas, she sings arias from Nabucco (1842), Attila (1846), Luisa Miller (1849) and Stiffelio (1850). The latter aria is a prayer of forgiveness from a woman, the wife of a pastor, who has been unfaithful. ‘The emotional range of this aria is amazing, and ...

Following a series of spectacular debuts at the world's leading opera houses, soprano Sonya Yoncheva has been heralded as one of the most acclaimed and exciting performers of her generation. She has become an acclaimed fixture on the most important stages of the world, including the Metropolitan Opera, Royal Opera House, Bayerische Staatsoper, Berlin State Opera, Wiener Staatsoper, and the Opéra de Paris. Her unforgettable portrayals of iconic roles have received tremendous acclaim from critics and audiences alike. Of her performances in La traviata at the Staatsoper Berlin, Die Welt proclaimed: "She is the finest Violetta since Maria Callas. The Bulgarian soprano Sonya Yoncheva is possibly the best Traviata in the world at present.” Sonya Yoncheva’s extensive repertoire includes jewels of the Baroque canon, as well as works by Mozart, Verdi, Tchaikovsky, and Puccini. Celebrated for her distinctly beautiful voice and exceptional dramatic presence, Sonya is equally at home on the concert and recital stage, having performed to critical acclaim in several cities including Paris, Dresden, Baden-Baden, and Prague. During the 2016/17 season, Ms. Yoncheva debuted in the title role of Bellini’s Norma and sang Antonia in Les Contes d'Hoffmann at Royal Opera House, Tatiana in Eugene Onegin at Deutsche Oper Berlin, and is Mimí at the Teatro alla Scala. Ms. Yoncheva also returned to The Metropolitan Opera as Violetta in La traviata, and is a featured artist at the Met’s Gala Concert celebrating its 50th Anniversary at Lincoln Center. Sonya sings the role of Vitellia in Mozart’s La Clemenza di Tito at the Festspielhaus Baden-Baden, is featured in concert in her home country of Bulgaria, sings a recital for the Turku Music Festival, and embarks on a concert tour featuring Baroque repertoire with Academia Montis Regalis which is highlighted on a Sony Classical album release. Ms. Yoncheva begins the 2017/18 season in Paris making her debut as Élisabeth de Valois in a new production of Verdi's Don Carlos, followed by performances in one of her signature roles, Mimì, in a new staging of Puccini's La Bohème, all for the Opéra de Paris. She then travels to New York's Metropolitan Opera to sing Countess Almaviva in Mozart's Le nozze di Figaro, Mimì in La Bohème, and she will debut in the title role of Verdi's Luisa Miller in the first Met performances of the opera in more than ten years. Following this string of starry engagements, Sonya Yoncheva makes her greatly anticipated debut in the title role of Puccini's Tosca in concert with the Philadelphia Orchestra, led by Yannick Nézet-Séguin. Sonya presents recitals for the Opernhaus Zürich and Théâtre des Champs-Élysées Paris, and sings in concert at the Deutsche Oper Berlin on an all-Verdi programme, in addition to being the soloist at the Bayerische Staatsoper's annual outdoor summer Festival Concert. She has been named the 2017 medici.tv Artist of the Year, and will be featured on a series of live online and archived broadcasts in celebration of this recognition. In addition to her star turn as Violetta, Ms. Yoncheva’s 2015/16 season included celebrated performances as Desdemona in The Metropolitan Opera’s season opening production of Otello; Micaëla (Carmen) at the Royal Opera House; Mimì (La bohème) at the Staatsoper Berlin; and the title role in Iolanta at Opéra de Paris, where she established herself as the “great reigning” interpreter of the role (Opera-Online). She was also a featured artist at the annual Adventskonzert in Dresden, broadcast on ZDF in Europe. Other past performance highlights include several Metropolitan Opera appearances, featuring her debut as Gilda in Rigoletto and star turns as Mimì in La bohème, Violetta in La traviata, and Desdemona in Otello; Violetta at the Staatsoper Berlin, the Palau de les Arts Valencia, Monte Carlo, and the Bayerische Staatsoper; Marguerite in Faust at the Vienna Staatsoper, the Royal Opera House, and the Festspielhaus Baden-Baden; Léïla in Les Pêcheurs de perles for the Opéra Comique Paris; and the title role in Lucia di Lammermoor for Opéra de Paris. Sonya Yoncheva is an alumna of William Christie’s Le Jardin des Voix and has maintained a special focus the Early and Baroque repertory. Past engagements have featured her in several iconic roles, including Phani/Zima (Les Indes galantes) and Dido (Dido and Aeneas) on tour with William Christie in Europe, Russia and the US; La Fortuna (L’incoronazione di Poppea) at the Glyndebourne Festival; Giunone (Il ritorno d’Ulisse in patria) at the Teatro Real; Cleopatra (Giulio Cesare) in Reims and Versailles; and Poppea (L’incoronazione di Poppea) and Poppea (Agrippina) in Lille and Dijon with conductor 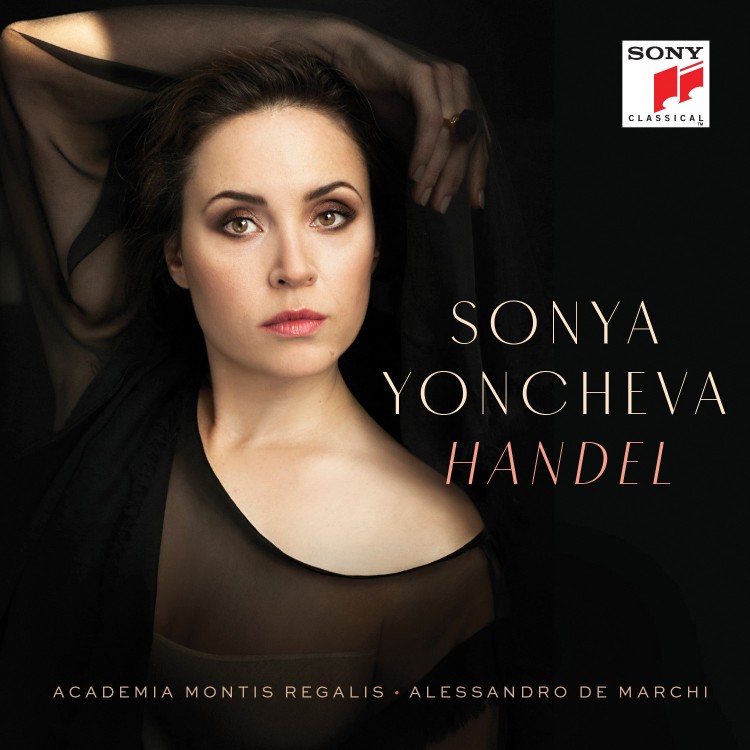 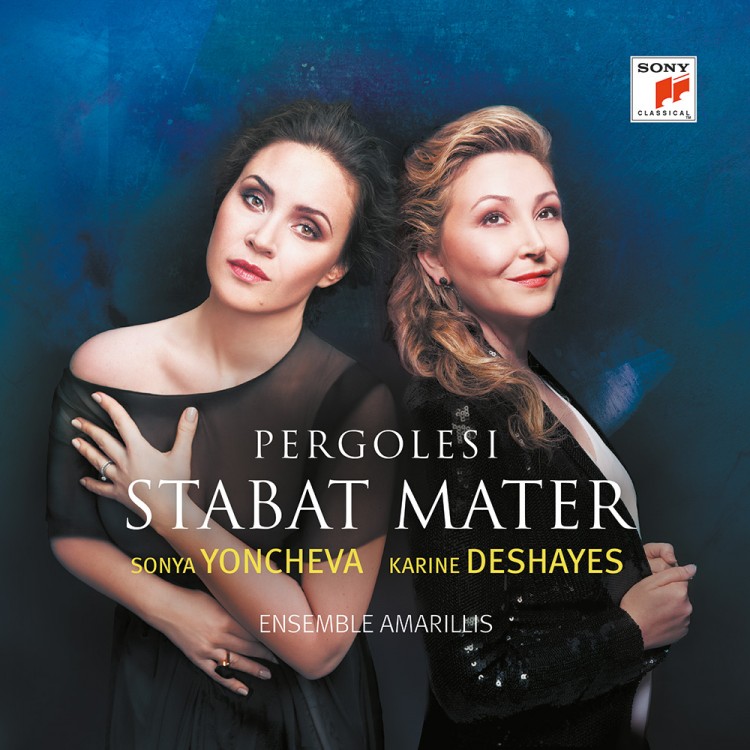 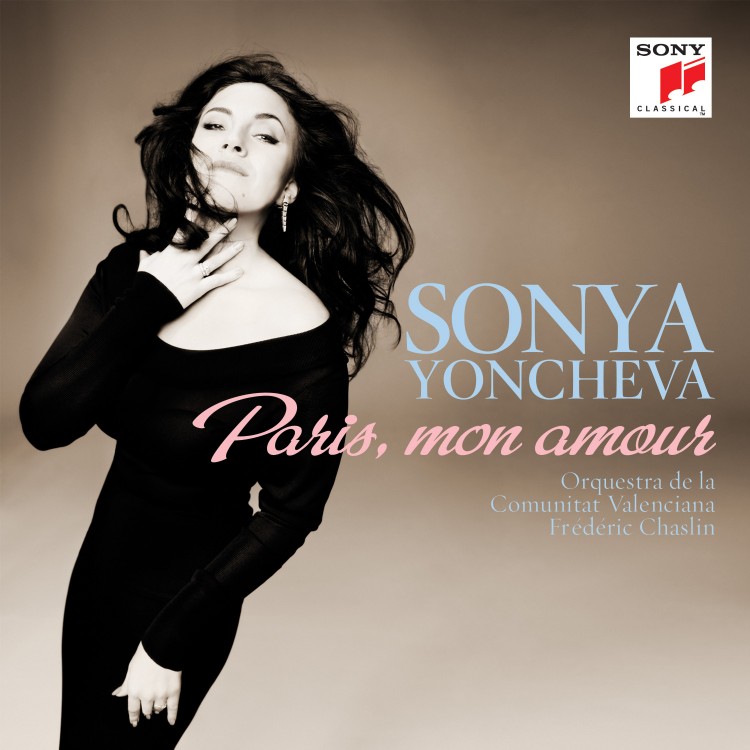