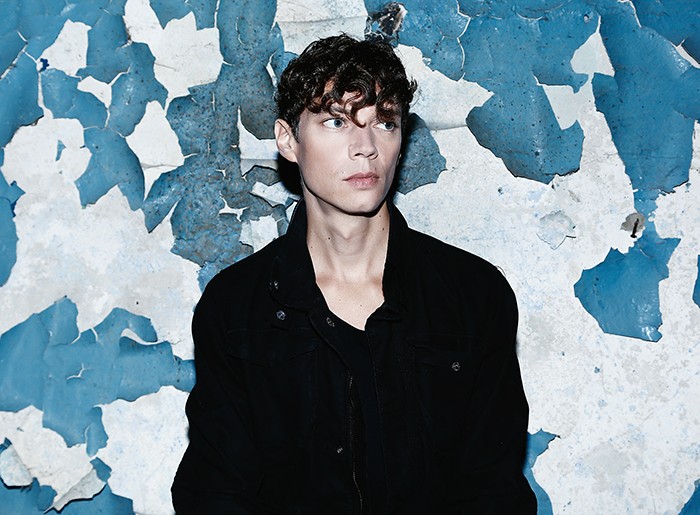 Music is one continuum like a big tree... you can’t go and start separating, cutting off its branches (Francesco Tristano)

Sony Classical is delighted to announce the exclusive signing of Francesco Tristano, a musician as acclaimed for his performances of Bach in the concert hall as for his electronic dance music in clubland. His first album, featuring the award-winning Canadian pianist and songwriter Chilly Gonzales, will be released in September 2017.

Born in Luxembourg in 1981, Tristano began to learn the piano at the age of five. Inspired by his mother, who encouraged him to listen to a wide range of music, including Vivaldi, Bach, Wagner, Vangelis, Pink Floyd and Ravi Shankar, he soon developed an insatiable appetite for cross-genre experimentation.

"One sees boundaries only when one feels them. Music is free by definition – there aren’t any boundaries attached to it," he says.

Tristano moved to New York to study piano at the prestigious Juilliard School, graduating in 2002 and gaining his master’s degree a year later. It was at this point he became fascinated by the opportunities in techno music. During the day he would lead his ensemble The New Bach Players through readings of baroque music, and at night he would soak up the house and techno beats of the city’s edgiest clubs.

He has concentrated his core-classical energy on the music of Bach and around twentieth and twenty-first century composers with huge success. His recording of Ravel’s Piano Concerto and Prokofiev’s Piano Concerto No. 5 with Mikhail Pletnev and the Russian National Orchestra has been widely praised. The Guardian called his recording of the complete works of Berio ‘impressively assured’ and also hailed his live performance with Alice Sara Ott of Stravinsky’s two-piano arrangement of The Rite of Spring at London’s Queen Elizabeth Hall ‘ferocious and unflinching'.

Tristano has also continued to experiment with synthesizers, sampling and other forms of digital and electronic manipulation, and created projects based around the music of Bach and John Cage (‘bachCage’) and created piano arrangements of techno classics. He frequently collaborates with musicians from the world of jazz, club, and popular music, such as Carl Craig, Derrick May and Michel Portal, and appears as a live performer in the world’s largest and most popular clubland venues.

In an interview in The Guardian he explains his hopes for music. “Perhaps the 21st is the century where musical styles blend, borrow and ultimately become irrelevant. Or maybe we have to come up with a new series of labels or genres: acid classical, acoustic disco, dixieland techno...? I don’t see the point. Let the music speak for itself.”

Francesco Tristano commented on his new contract with Sony Classical:
"I am thrilled to share with you my signing and partnership with Sony Classical. We are looking forward to the release of my first solo piano album since 2012 in the Fall: Piano Circle Songs - a collection of new piano songs, also featuring Chilly Gonzales. Stay tuned. Peace."

Per Hauber, Managing Director, Sony Classical International, added: "Francesco Tristano is a truly unique artist who breaks down the borders of musical genres. Our new collaboration starts at a time where new ways of music consumption will allow his music to travel even further beyond musical frontiers and reach a global audience. We are proud to have Francesco on the label and are looking forward to a fruitful association in the years ahead."