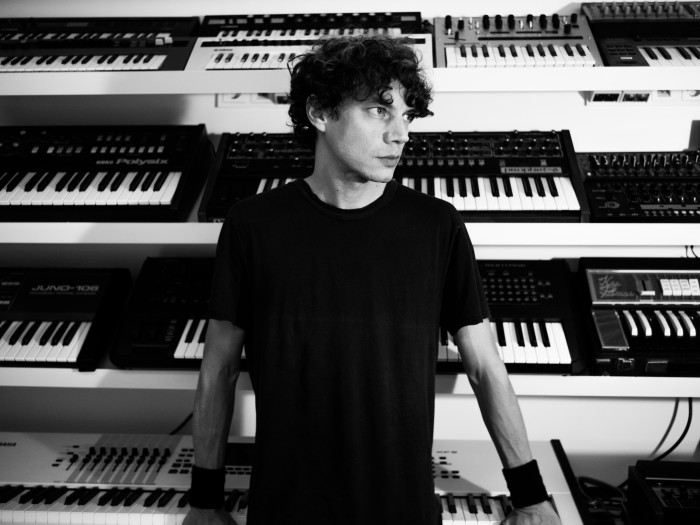 His new album 'Tokyo Stories' is out now

The new album “Tokyo Stories” captures Francesco Tristano’s deeply held admiration for the city in 16 original compositions for piano, synthesizers and electronics. The album reflects his long personal connection to Tokyo, with each piece or ‘story’ crystallizing experiences that range from the profound to the happily serendipitous. Composed by Tristano and recorded primarily in Tokyo, the album features a variety of guest artists on several tracks, including the Japanese musicians U-zhaan, Keiichiro Shibuya and Hiroshi Watanabe, Argentine electronic artist Guti and legendary French musician Michel Portal.

Tristano explains: “I came here for the first time in 2000. I was only 18 years old, a freshman at the Juilliard School of Music in New York. I realized very soon that New York City is barely even comparable to the mega-city that is Tokyo! It felt totally like a neon jungle. Clearly, I was impressed. I remember this first experience very fondly, even though there were some difficult moments. I didn’t return until 2009, but since then I’ve made around 40 trips to Tokyo. This is my humble soundtrack to the city; my album is not about explaining Tokyo – it is about very specific moments in my mind, moments that I have lived intensely in this wonderful city over the past 10 years.”

In some ways this album picks up where his previous album, Piano Circle Songs, left off: the stories are piano pieces, but this time enhanced by live and studio electronics, synthesizers, soundbites and field recordings made around the city. While the album title doffs its hat to Yasujirō Ozu’s iconic 1950’s film Tokyo Story, the inspiration for the music is personal to Tristano.

An intimate example is Yoyogi Connect, where Tristano explains: “In the summer of 2017 my father-in-law passed away as I was traveling to Tokyo. I didn’t board my second flight but returned home to play at his funeral. The trip back afterwards was going to be very different – my most difficult trip to Japan. I had already begun to explore the city by bicycle and running, and I had been to Yoyogi Park many times. But that summer, I went to the park just once: not for running, but to reset my mind. To reconnect with nature. This song captures these moments of solitude, confusion and, ultimately, strength and reconciliation.”

Three stories will be released prior to the album in pure piano versions. These are Chi no oto (March 1), Lazaro (March 29) – a reflective melody written in memory of a friend’s father, the melody stayed in Tristano’s mind during the Tokyo recording sessions – and Neon City (April 26), which Tristano poetically describes as a “Juxtaposition of lights and shadows. Inexorable beauty and urban sadness. It is the Neon Jungle”.

The tracks Lazaro and Neon City will each be accompanied by the release of a video visually representing the mood of each story.

Tristano’s collaborators are as varied as the stories themselves. The track Cafe Shinjuku sees renowned French musician Michel Portal contribute a beautiful collaboration on his bass clarinet. Considered one of the architects of modern European jazz, Portal’s many accomplishments as composer, saxophonist and clarinetist bridge the worlds of jazz, classical, avant-garde and film music.

Japanese electro-acoustic composer Keiichiro Shibuya performs on synthesizers and electronics on Gate of Entry. This track is inspired by Tristano’s contemplation of the majestic torii he stumbled upon when lost in the Tokyo suburb of Asakusa in 2011, while “preparing my mind for my first club show in Tokyo. The torii gave me energy”. Shibuya has made an international name for himself composing and producing music for film, sound installations and through cross-sectional collaborations with researchers and artists using robots and artificial intelligence.

Japanese national master tabla-player U-zhaan adds a unique flavor with his array of tablas on the track Pakuchi. Tristano and U-zhaan’s first collaboration, it proved an intense process of musical familiarization which can be heard developing via the call and response conversation between the piano and tablas.

Bokeh Tomorrow features the Japanese musician Hiroshi Watanabe on synthesizer and electronics. Watanabe trained at the Berklee College of Music and is one of Japan’s leading electronic music producers; he’s also well-known for composing, producing and recording music for games, TV and theatre, as well as through his collaborative projects.

The multi-talented artist and electronic music producer Guti hails from Argentina and provides mesmerizing electronics and synthesizers on Insomnia. With a deep-seated love of jazz and rock from his first incarnation as pianist in a popular Buenos Aires-born band, his career since has seen him play, produce and record house and techno to international and critical acclaim.

Francesco Tristano will present “Tokyo Stories” live in Germany in Stuttgart, Berlin and Leipzig in May 2019 and in Japan in October 2019. For the latest information about the “Tokyo Stories” Album Tour head to http://www.francescotristano.com/live/