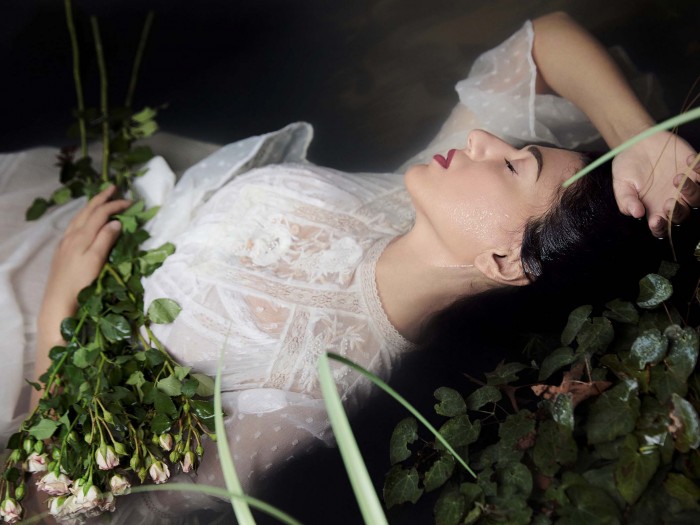 Having blazed her way into public consciousness with her fearlessness on stage as well as on record, Georgian-born pianist Khatia Buniatishvili has become known for her distinctive artistic approach and bold interpretive flair, which combine to make her playing and performances both unmistakable and unmissable.

Celebrated by media around the world, she has been described by The Observer as “one of today’s most exciting and technically gifted young pianists”, while Madame Figaro has called her “the popstar of the classical music world”, adding that “with Khatia Buniatishvili, only the repertoire is classical. As for the rest, there’s no limit.”

This brilliant young musician now turns her attention to Franz Schubert (1797–1828) in her eagerly anticipated first recording of the composer’s works, including his great last Piano Sonata D 960, the four popular Impromptus D 899, and Liszt’s arrangement of “Ständchen” from Schwanengesang.

The Schubert album follows on from Buniatishvili’s acclaimed series of single-composer albums for Sony Classical already featuring Liszt, Chopin and Rachmaninoff, as well as her two fascinating collections Motherland and Kaleidoscope (Mussorgsky, Ravel and Stravinsky).

Khatia Buniatishvili made her début as a soloist with an orchestra when she was only six years old; by the age of ten she had played in Europe’s most prestigious halls, as well as in Israel and the United States of America, and has never looked back.

Her career has advanced into many new dimensions, especially since receiving the Borletti-Buitoni Trust Award in 2010 and participating in the pioneering BBC Radio 3 New Generation Artists scheme (2009–11), as well as twice receiving the ECHO Klassik Award. Much in demand internationally, she performs regularly at leading halls around the world with top orchestras and conductors of the day. In 2018 she performed at the BBC Proms with Paavo Järvi. She is as likely to be invited to grace the front covers of high-end fashion magazines as classical music magazines, and appears regularly on French TV.

Ms Buniatishvili will tour the Schubert album internationally throughout 2019 and will perform in Europe, Canada and North America.