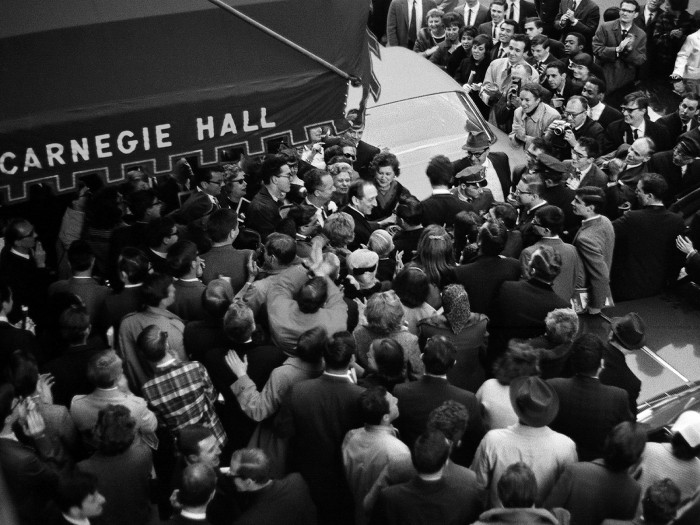 America in 1965: The country is coming to terms with John F. Kennedy’s assassination, the Civil Rights Act has just passed Congress, and war in Vietnam is escalating. And one of the world’s most famous pianists is preparing for one of the greatest comebacks in music history. After an absence of twelve years, Vladimir Horowitz’s return to the concert stage was one of New York’s most exciting musical events.

“Vladimir Horowitz’s epic disappearance from the stage between 1953 and 1965 has remained mysterious to the music world. In summary, Horowitz lapsed into a debilitating depression after a confrontation with conductor George Szell following their performance on January 12, 1953. The early years of the retirement were unpleasant, but Horowitz’s condition gradually improved, and he formulated plans to return in 1957. Everything changed when his daughter, Sonia, apparently attempted suicide that June. Horowitz suffered a severe relapse, then consented to undergoing electroshock therapy – ‘ECT’ […] But the ECT also inflicted cognitive side-effects, including memory loss, which is partially why Horowitz’s return was delayed into the 1960s.” – Bernard Horowitz

“For more than half a century, the prospect of an appearance by Vladimir Horowitz was always good news. The pianist set such strict conditions for any concert date – Sunday afternoons only, playing his personal piano packed up from his living room, in halls that held at least 1,800 people, in cities that he liked – that many people who loved his playing and sought out all of his recordings were never able to hear him in performance. […] And so the news that Horowitz was coming back to Carnegie Hall on May 9, 1965, after an absence of a dozen years, was good news indeed.” – Tim Page

It was 3:38 p.m., Sunday, May 9, 1965, when the great pianist stepped onto the stage of Carnegie Hall, greeted by a shouting, standing ovation. The audience included conductors Leopold Stokowski and Leonard Bernstein, pianist Van Cliburn, Metropolitan Opera director Rudolf Bing, and ballet stars Rudolf Nureyev and Margot Fonteyn. The recording of his recital would be awarded with three Grammy® Awards and become one of the most successful classical albums.

In the months before the historic day of May 9, Horowitz went to Carnegie Hall – twice in January, twice in April – to play for his wife and close friends, before he decided he was ready to perform publicly. Columbia Masterworks recorded these intimate private recitals, as well as his subsequent rehearsals for his return in 1966, on tape, and they have remained almost entirely unreleased for more than 50 years.

"The present edition invites the listener to enter the circle of the few Horowitz confidants who attended these events in the darkened, almost deserted hall: we hear Horowitz enjoying the freedom of improvisation in previously unheard, sparkling performances, his complete recordings in the brilliant sound of the concert hall, and many witty conversations recorded in an intimate working atmosphere." – Producer Robert Russ

“Horowitz had the best of all worlds: the focus of a recording session without the pressure to deliver a final product, the informal ambiance of playing at home for friends, plus an ideal concert venue without the onus of a paying public and critics.” – Pianist Jed Distler