Sony Classical is proud to announce its latest John Williams release – The Fabelmans (Original Motion Picture Soundtrack); a soundtrack album by the five-time Academy Award® winner for director Steven Spielberg’s deeply personal cinematic memory of the forces, and family, that shaped his life and career.

The release marks the latest collaboration between Spielberg and Williams, whose longstanding creative partnership spans nearly 50 years and 30 films. From E.T., Jaws and Jurassic Park to Schindler’s List, Lincoln and Saving Private Ryan, Williams and Spielberg’s collaborations have produced some of the most iconic and well-recognized music in film history.

“Over the ninety-year history of sound film, there have been a handful of instances where a director and a composer have formed a longtime partnership that resulted in a series of classic scores, creating music that stands the test of time. Film historians often cite Alfred Hitchcock and Bernard Herrmann, for example, or Federico Fellini and Nino Rota; others might name Sergio Leone and Ennio Morricone, or Blake Edwards and Henry Mancini. None, however, have been as long or as fruitful as the forty-three-year collaboration of Steven Spielberg and John Williams. None have encompassed such a wide range of subject matter or, more significantly, have had such an enormous impact on worldwide popular culture.” – Jon Burlingame, 2017 (Jon Burlingame writes about film music for Variety. He is the author of four books and teaches film-music history at the University of Southern California.)

“The Fabelmans marks John Williams’ 90th year of life and 50th year in my life reshaping my stories through his music… and now, our 31st collaboration, The Fabelmans, by far the most personal film of my career,” Steven Spielberg says. “John knew my parents well. Down through the years they’d often attend our scoring sessions and Johnny loved introducing them to the orchestra, which made my Dad so proud, and left my Mom beaming (and me kvelling). So, when Johnny watched this movie for the first time and saw Michelle Williams and Paul Dano on screen as Mom and Dad, the musical notes just seemed to pour from the heavens. He wrote his score as a gift to them and, when he first previewed it for me on his Steinway, I knew he had made this his most personal gift to me as well. What a beautiful culmination for our 50th anniversary, one that leaves me wanting more…more movies with Johnny, as I am joined by a billion people the world over who will never stop shouting to John Williams…encore, encore! Thank you, maestro.”

The score was deeply meaningful for John Williams. “Composing the score for The Fabelmans was a particular joy for me, given the personal nature of the film and its depiction of characters who seem to be so closely associated with Steven Spielberg’s own childhood and family,” John Williams says. “Over many years, I knew and greatly admired Steven’s parents, and I was always very impressed by his mother Leah’s musical talent. This is a truly special film, so lovingly directed by Steven and featuring a touching and very personal screenplay by Steven and the always-brilliant Tony Kushner. I’m honored to have played a small part in the making of this film.”

Give it a listen here: soundtracks.lnk.to/thefabelmans 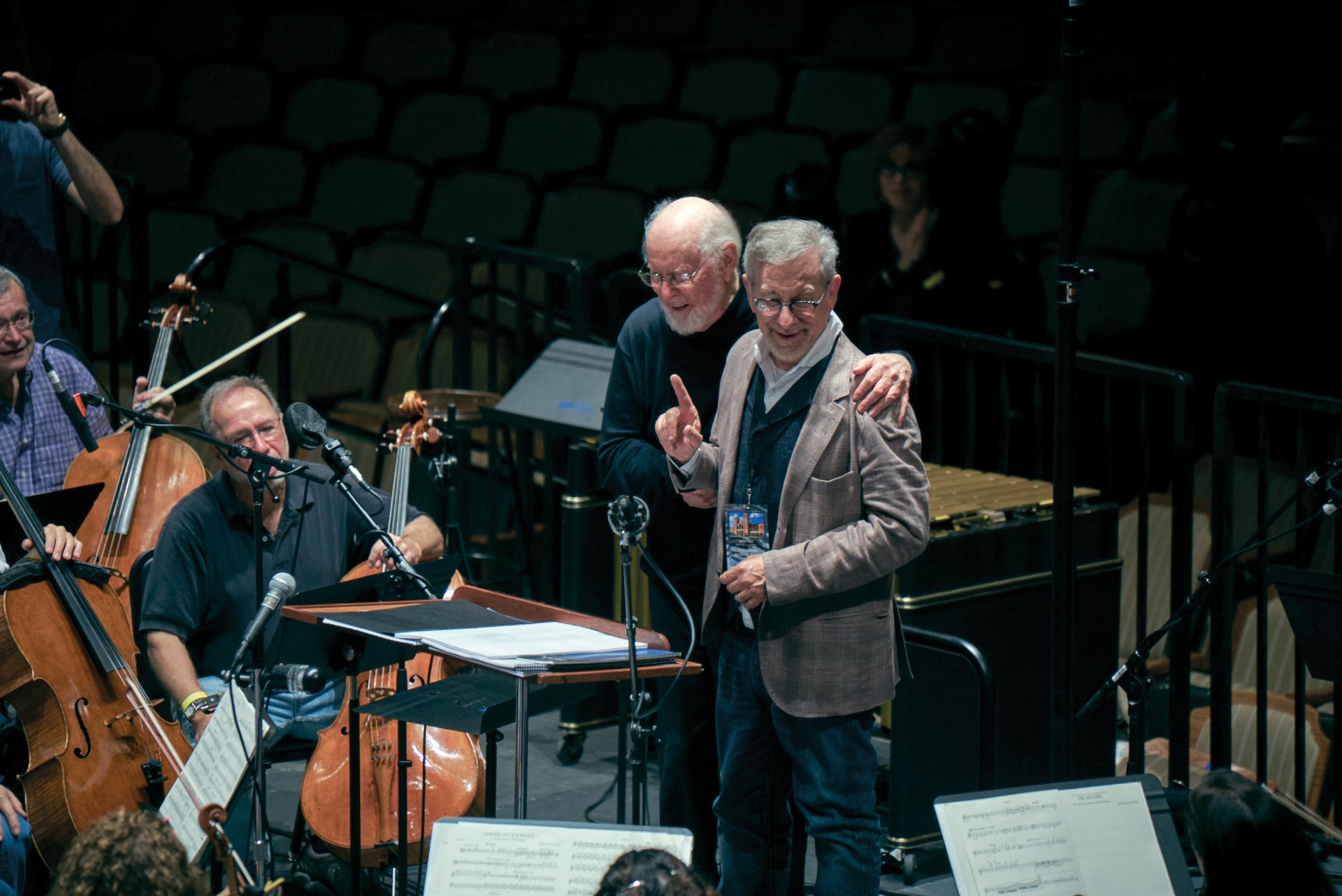